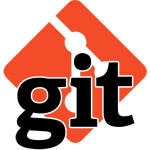 As with most other distributed version control systems, and unlike most client–server systems, every Git working directory is a full-fledged repository with complete history and full version-tracking capabilities, independent of network access or a central server.[9] Like the Linux kernel, Git is free software distributed under the terms of the GNU General Public License version 2.

Apache Subversion (often abbreviated SVN, after the command name svn) is a software versioning and revision control system distributed asfree software under the Apache License.[1] Software developers use Subversion to maintain current and historical versions of files such assource code, web pages, and documentation. Its goal is to be a mostly compatible successor to the widely used Concurrent Versions System(CVS).

The free software community has used Subversion widely: for example in projects such as Apache Software Foundation, Free Pascal, FreeBSD,GCC, Mono and SourceForge. Google Developers also provides Subversion hosting for their free software projects. CodePlex offers access to Subversion as well as to other types of clients.

Subversion was created by CollabNet Inc. in 2000, and is now a top-level Apache project being built and used by a global community of contributors.