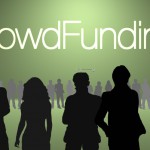 Kickstarter is a global crowdfunding platform based in the United States.[2] The company’s stated mission is to help bring creative projects to life.[3] Kickstarter has reportedly received more than $1.5 billion in pledges from 7.8 million backers to fund 200,000 creative projects, such as films, music, stage shows, comics, journalism, video games, technology and food-related projects.[4]

People who back Kickstarter projects are offered tangible rewards and one of a kind experiences in exchange for their pledges.[5] This model traces its roots to subscription model of arts patronage, where artists would go directly to their audiences to fund their work.[6]

How It Works Indiegogo empowers people to activate the global community to make ideas happen. Then, we help you spread the word.

Create the World You Want to See, One Idea at a Time. Have an idea? Start a campaign. Want to make a difference in the world? Support something meaningful. It’s as simple as that.

Headstart enables an innovative method for funding, this is not about investment or lending. Project creators keep 100% ownership and control over their work. Instead, they offer products and experiences that are unique to each project.

Anyone can realise his aspiration with Headstart. Artists, musicians, filmmakers, journalists, designers, entrepreneurs, developers and many more creative minded people can raise money to fund their projects and make great things possible.

To see how and why to support a project.

Ready to start your project?